History and Development of Transport for Tongue Ltd


T4T formed in 2009 when the parish of Tongue was one of four areas in Highland selected for an 040 (Older People 4 0lder People) EU Northern Peripheries project. The lack of public transport provision in the area, exacerbated by the withdrawal of the post bus passenger service were major factors in T4T’s development. T4T began by providing a door to door service enabling those without transport to access essential local services and healthcare appointments.

An accessible vehicle was funded by HC community transport fund and a donated 9-seater accessible minibus enabled T4T to run bus routes under a section 19 travel permit. The bus could also be hired out by community groups and was used as a back-up vehicle for the Highland Council minibus which provided transport to the day care service which then operated at the Kyle Centre in Tongue.

On 1st February 2012 T4T became incorporated as a Company Limited by Guarantee, run on a not-for-profit basis, still with a voluntary board of directors but employing part-time administrative staff and drivers.

By September 2012, T4T was running five routes under a section 22 travel permit. Three days a week T4T provides transport to the Kyle Centre in Tongue, linking the village with the crofting townships of Durness, Skerray and Melness. (By April 2012 the statutory day care service had been withdrawn and the Kyle Centre was now run as a community well- being hub by another local voluntary organisation, North Coast Connection.)


Also under a section 22 travel permit T4T provides a weekly run to Lairg, connecting with the rail link and dental appointments, plus a monthly trip to Inverness with access to airport links and the city of Inverness.

In October 2013 T4T secured an asset transfer of a former Highland Council Roads Depot, giving the organisation a facility to garage/park vehicles and store essential supplies and equipment.

Office premises and meeting rooms in the village of Tongue followed shortly after. A community initiative from Royal Bank of Scotland granted T4T the use the ground floor of the unoccupied bank house of the local branch of RBS from 1st July 2014.

From September 2014, following an approach by local parents, T4T has provided transport for our local students, enabling them to attend the North Highland College UHI in Thurso.
T4T regularly provides transport for a number of projects run by community groups including Strathnaver Museum and the local Step It Up Highland walking group. Passenger numbers, and membership (required to access T4T’s section 19 bus routes and the door-to door service), more than doubled in the first year following incorporation and have continued to rise steadily since then.

T4T’s achievement and success as an organisation has been showcased by Highland Council, who view us the company as a template for future community transport groups. 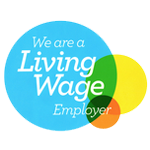